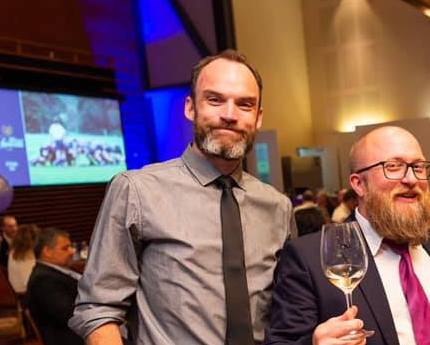 Daniel Pitman is a lecturer at the University of Adelaide and a long-term student turned instructor at the University’s infamous Wing Chun club. The pursuit of Wing Chun has always provided a valuable counter to the long hours of office work and physical neglect that many suffer from academic study and teaching.

After a successfully achieving a Level 1 grading in 2016, Dan was frequently involved in teaching and coaching at the club, including helping to coach the team sent to compete in the 2018 State Wushu Championships. Our lineage’s Wing Chun is often understated in terms of its efficacy. So, when combined with our young team’s fitness and technical preparation, we were unexpectedly rewarded with many successes in the combative events at these championships. Our focus on maintaining stance and posture wherever possible through the use of technical footwork proved to be quite overwhelming for our competitors and became something of a focus for Dan’s training and teaching in the following years. Since then, a distinct theory on manoeuvring, legwork, and kicking has been evolving in our curriculum.

In this year’s workshops, Dan and other members of the club will discuss these principles and demonstrate training exercises and applications for advancing the footwork of you and your student’s using Wing Chun principles.

How does wing chun integrate with your daily life? Do you ever notice principles or movements of wing chun permeating your everyday?

Wing Chun is the direct antidote to an academic lifestyle large stuck behind a desk. Without it I’d be a hobbling, bent old man!

How has training changed for you over the last 2 years?

I suppose the last few years have been less about trying to find it and more about relaxing into it and playing with it.

Any tips for training alone, or any favourite solo exercises?

Walking trails. I make a lot of progress walking especially up or down slopes. Shadow boxing too, or just a sort of freestyle movement that lets you forget the script and just enjoy the feeling you might have found in your forms that day.

What is one thing a martial arts teacher or fellow student has said that you’ve never forgotten?

I got told not to make a focus point, but to find the focus point that was already there and use that. It was always there. That was a proper “aha” moment.

If you had to recommend a book, an album, or a movie for everyone to check out, what would it be? (Doesn’t have to be martial arts related)

I have been listening to a lot of ambient Lo-Fi hip hop with no lyrics while I work and train. There is a particular album by Prefuse 73, a producer who has matured well, called The Failing Institute of the Sampled Source. Good training music.

Thanks for your thoughts Dan! We look forward to seeing you in action at this year’s AWCF Conference.